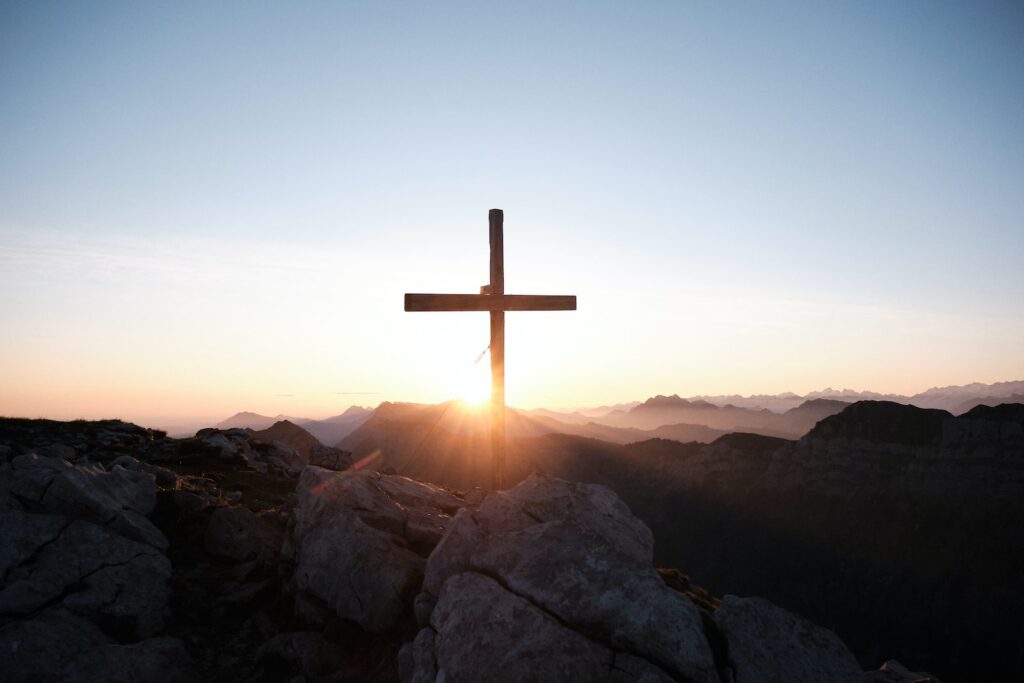 Have you ever wondered about those texts in the Bible which speak about how the world itself will be saved and how immense the work of redemption is? They appear to preach the story of a most glorious and grand salvation, don’t they? Not just glorious, but grand! And these verses aren’t tucked away inside one of the more obscure passages of the minor prophets. No, they’re in plain sight in the most luminous portion of Scripture, the New Testament. They’re so prominent, in fact, that one of them is found in one of our most well-known texts:

For God so loved the world, that he gave his only Son, that whoever believes in him should not perish but have eternal life. For God did not send his Son into the world to condemn the world, but in order that the world might be saved through him.

Pay particular attention to the word world. Jesus did not come to condemn the world, but so that the world might be saved through Him. This kind of language is repeated several times in the Gospel of John, where Jesus is described with such glorious titles like “the Lamb of God who takes away the sin of the world” (John 1:29), “the Savior of the world,” (John 4:42), and “the bread of life that gives life to the world” (John 6:33, 51). The Bible is replete with verses like this (1 John 2:2; 4:14; 1 Tim. 2:3–4; Is. 45:22; etc.). Verses like this make the work of redemption sound like something that will have a global impact, saving the entire world, not just an elected minority.

It’s these kinds of verses that have led people down the dark and thorny path of universalism. This is the belief that absolutely everyone throughout all of history will be saved, which means that nobody goes to hell, and everyone goes to heaven. While the Bible doesn’t teach that Jesus will save every single individual, it does teach that Jesus will save the world. And today, He is doing just that. As He promised, He is drawing all people to Himself, whether Jew or Gentile (John 12:32). He does this drawing through the preaching, teaching, and disciplining of His Church. As Christ said in The Great Commission, “Go therefore and make disciples of all nations, baptizing them in the name of the Father and of the Son and of the Holy Spirit, teaching them to observe all that I have commanded you” (Matt. 28:18–19). Notice that He commanded them to disciple all the nations themselves, not individuals from every nation.

Eventually, there will come a day when The Great Commission is complete, and the entire world has been Christianized. On that beautiful day, each and every nation of the world will be Christian because all its citizens will be Christian, acknowledging Jesus as Lord. This is the day He is waiting for up in heaven right now. As the author of Hebrews wrote,

But when Christ had offered for all time a single sacrifice for sins, he sat down at the right hand of God, waiting from that time until his enemies should be made a footstool for his feet.

It is a bright future that is awaiting humanity. But that is where it is, in the future, not the present. Although we are moving towards this final day with hopeful, sparkling eyes, that day isn’t today. But fortunately for us, we are closer to it now than ever before, which we can see by how Christianity gradually continues to grow all over the world, just like the Bible says it will. As the Lord taught about His Kingdom,

He put another parable before them, saying, “The kingdom of heaven is like a grain of mustard seed that a man took and sowed in his field. It is the smallest of all seeds, but when it has grown it is larger than all the garden plants and becomes a tree, so that the birds of the air come and make nests in its branches.” He told them another parable. “The kingdom of heaven is like leaven that a woman took and hid in three measures of flour, till it was all leavened.”

The church started out small, precisely like that mustard seed. But today, 31% of the world confesses faith in Christ. Why would this stop? Can it be stopped? According to Jesus Christ, no. As He said of His Church, “the gates of hell shall not prevail against it” (Matt. 16:18). Think about it: Who is the invader in that analogy? It’s not hell; it’s the Church. Gates are defensive structures. And these defensive structures are futile against the Church, who is tearing them down. Although the church is not a physical army, it is a spiritual one, waging war against the lies of Satan by the proclamation of truth, preaching the gospel of the forgiveness of sins, and reconciliation with God (2 Cor. 10:3–6).

Although it might look bleak here in the West now, we cannot navel-gaze so much that we forget that the world isn’t only composed of Western Europe and the United States. Even if Christianity should diminish in the west, it will not diminish in the world. Nothing has ever been able to stop the growth of Christianity. It has just kept going and going throughout the centuries despite all the resistance, just like the Lord promised and the prophets predicted. Thus, what Isaiah said of the child to be born is being fulfilled. The government is upon his shoulders, and there will be no end of the increase of his government and of peace (Is. 9:6–7).

Unfortunately, the great hope that the Bible contains isn’t extolled much these days. Instead of postmillennialism, you will find plenty of sermons about the opposite view called premillennialism (including dispensationalism), which teaches that this world will become worse and worse as the whole world falls into darkness, slipping away into a modern, technological Sodom and Gomorrah. Finally, Christ will return to wage war, leading to the battle of Armageddon.

Consequently, this turns Christianity into a religion where Jesus is saving people from a doomed world. Thus, a Christian cannot conquer for Christ, only survive for Him until He comes for him. The Christian might get to be a part of saving some souls before he dies and leaves this world, but he can never make a lasting dent in Satan’s kingdom on earth.

Although premillennialists can be as zealous as other Christians and have a great love for the Word, their theology will, unfortunately, often hold them back, as it can be quite debilitating. Telling Christians that they will inevitably lose the culture war and that any new church plant will eventually be defeated, conquered, and thoroughly crushed into a fine, little powder, regardless of how hard they try to evangelize, isn’t generally going to kindle a wildfire within their belly and give them a zeal for the mission, especially not if they’re told that even fewer people can be saved now that the world is becoming darker and darker since the end is drawing near. But all of that darkness isn’t necessarily a bad thing, either. As a consequence of their theology, societal degradation can be seen as a good thing because it means that Jesus is coming soon. The worse things get, the closer He is.

That the kingdom has come is evident in several places in the Bible, like in the preaching of John the Baptist, who told the people of his day to “Repent, for the kingdom of heaven is at hand” (Matt. 3:2). And later Jesus proclaimed the same message (Matt. 4:17). And later He said that the Kingdom had come (Matt. 12:28). And after the resurrection, the disciples were encouraging people to strive to enter the kingdom (Acts 14:22). And they were grateful to God the Father for bringing them into the kingdom of His beloved Son (Col 1:13). The way people try to get around the truth of these texts is to claim that there was a delay in the coming of the kingdom, somehow, but, clearly, this conflicts with what Jesus and the Apostles said. The normal, literal reading of these texts says that the kingdom has already become a reality, not that we’re still waiting for it. And since Christ’s kingdom has come, His victory is also coming (Daniel 2:44).

Fortunately, the Bible isn’t a book of defeat; it’s a book of victory. It comes down to us from heaven with the message of salvation, not just for individuals, but also for the world. Therefore, we can join in praise of the Apostles, who proclaimed that the Lord had sat down on his glorious throne in heaven, a seat He will occupy until the Father has put every enemy under his feet, when, finally, He will conquer even death (Acts 2:34–36; 1 Cor. 15:25). 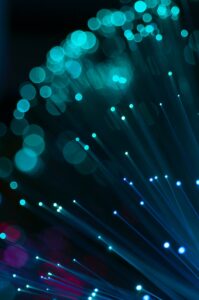 What Is General and Special Revelation? 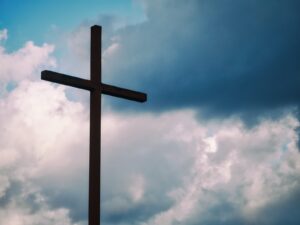 What is the Gospel?

The gospel was first delivered to the apostles and is now of “first importance” to the people of God. 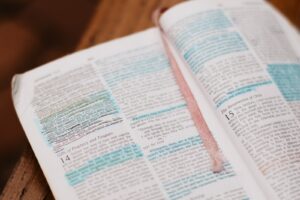 Everyone who has a view of God has a theology, whether or not they would call it that. Where did you get yours?

If this site has been edifying and you would like to hear about new articles, you can subscribe by entering your e-mail below:
Now to him who is able to do far more abundantly than all that we ask or think, according to the power at work within us, to him be glory in the church and in Christ Jesus throughout all generations, forever and ever. Amen.
Ephesians 3:20–21 ESV
Copyright © 2023, Tom-Roger Mittag. All Rights Reserved. Designed with Elementor.