The Lamb of God — Titles of Jesus 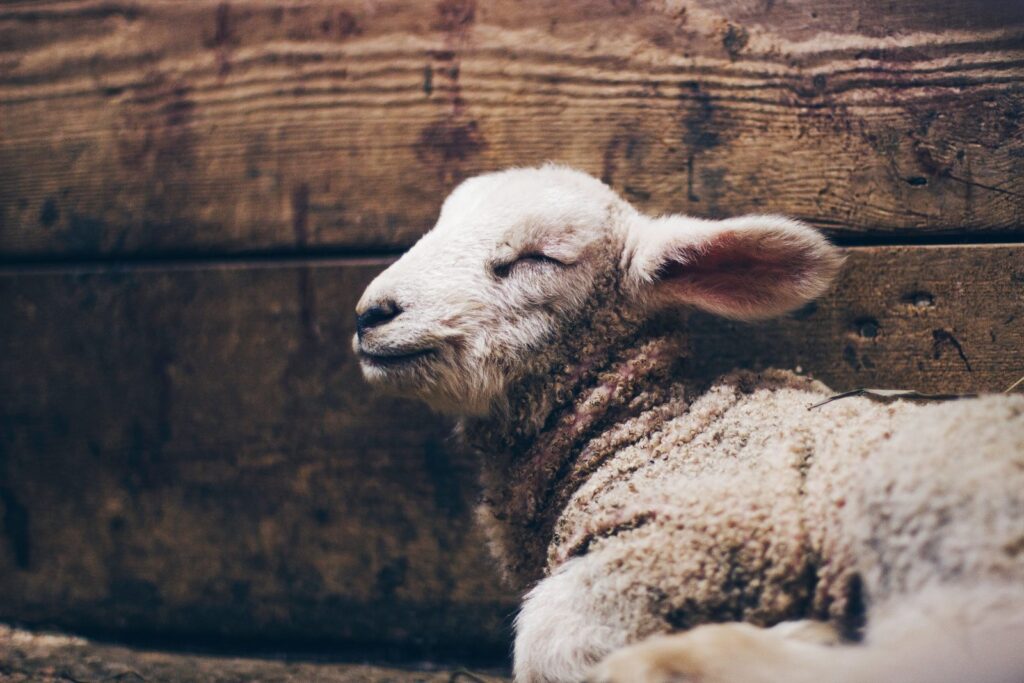 The next day he saw Jesus coming toward him, and said, “Behold, the Lamb of God, who takes away the sin of the world!”

After John the Baptist had recognized Jesus as the Messiah, he referred to Jesus as the Lamb twice. In John 1:29, John the Baptist pointed at Jesus and proclaimed that: “Behold, the Lamb of God, who takes away the sin of the world!” And again a few verses later: “Behold, the Lamb of God!” (John 1:36). The two disciples who were standing with John knew that this was significant because they immediately left John to follow after Jesus.

Since then, Christians have been enamored by Jesus’s role as the Lamb of God, regularly featured in psalms and art. Our modern worship music is saturated with lambs. And for a good reason. The Lamb of God is one of the most distinguished titles of Jesus that describe his work on the cross, which was frequently prophesied in the Old Testament. When John’s disciples and the Jews first heard this, they could have been reminded of several texts.

The primary text that describes a sacrificial lamb goes back to when Moses first brought the Israelites out of Egypt. When the Lord, Yahweh, spoke to Pharaoh through Moses, commanding Pharaoh to let his people go free to worship him, Pharaoh kept resisting and hardened his heart. So the Lord unleashed nine plagues upon Pharaoh and Egypt. For the last one, the tenth, the Lord threatened Pharaoh directly:

This plague would fall upon everyone who disregarded the Lord‘s instructions. The Lord commanded every Israelite household to find a two-year-old lamb without blemish. Beginning at twilight, they had to slaughter their lamb, taking care not do break the bones. Then at night, they had to roast it and serve it together with unleavened bread and bitter herbs (Ex. 12:3–6, 46). Finally, the Lord gave them precise instructions for how they were to eat: “with your belt fastened, your sandals on your feet, and your staff in your hand. And you shall eat it in haste,” (Ex. 12:11). In other words, they had to eat the Passover while being prepared to leave, as they were about to be sent out of Egypt.

The Lord would then pass through the city to strike down the Egyptians. When he saw a house with lamb’s blood on the doorposts, he would “pass over” over that house—this is where the original Hebrew name for Easter comes from, Pesach, which means “to pass over” or “Passover,” hence the name, “Passover lamb.” Any home that wasn’t covered with lamb’s blood would lose their firstborn (Ex. 12:1–28).

Interestingly, this festival was not exclusive to the genetic descendants of Israel. Provisions were made for sojourners from the start. If they let themselves be circumcised, they could partake in the Passover and become like “a native of the land” (Ex. 12:19; 12:48). And since there were already God-fearing Egyptians who had been following the Lord‘s instructions (Ex. 9:19–20), some probably continued to do so through the Passover and the Exodus, until they left Egypt as part of the “mixed multitude” who went out together with Israel (Ex. 12:38).

Firstborns (whether Israelite or Gentile) who hadn’t offered up the Passover Lamb and covered their doorposts with its blood would die. We learn why later, when the author of Hebrews tells us that: “without the shedding of blood there is no forgiveness of sins,” (Heb. 9:22). And when God says: “For the life of the flesh is in the blood, and I have given it for you on the altar to make atonement for your souls, for it is the blood that makes atonement by the life,” (Lev. 17:11). God has to punish sin. Blood must be shed. Either the transgressor’s blood or the blood of a sacrifice. And that is how he intends to save us. Just like how the Passover Lamb’s blood had to cover over the firstborn so that God would pass over them, The Lamb of God’s blood has to cover over the believer so that God will pass over them. Then he won’t strike them down, but instead, will lead them out of spiritual Egypt into the promised land.

Also, notice that God is the one who is giving the blood, not man. It is his sacrifice: “I have given it for you.” God is the only one who can shed the blood that covers our wicked sins. He is the one who “will provide for himself the lamb for a burnt offering,” as Abraham prophesied (Gen. 22:8, 14). And he did. On that fateful day on Golgata, God brought forth his promised sacrifice and led him to the altar. There he struck and pierced his beautiful only-begotten Son, Jesus Christ, shedding his Passover Lamb’s blood upon the altar of the cross to cover over and save his people.

The Passover Lamb also had to meet specific qualifications: It had to be unblemished. God frequently warns his people that he loathes disfigured sacrifices, calling them an abomination (Deut. 15:21; 17:1; Lev. 22:19–25; Num. 19:2). God is holy and perfect, and he demands a holy and perfect sacrifice (Heb. 9:9; 10:1, 4). To approach his altar with an inferior sacrifice is to despite his name (Mal. 1:6–8). This demand for perfection is a picture of Christ (1 Pet. 1:19; Heb. 9:14). Being unblemished is a symbol of being sinless. To be the acceptable sacrifice, the pristine white lamb, Jesus had to live the ideal life all the way from the womb until the cross, humble and obedient to every command, loving the Father with all of his heart, soul, strength, and mind, every single second of every single day (Luke 10:27). Only then would the sacrifice be perfect and worthy of being brought before the trice holy Yahweh.

All of the animal sacrifices that God instituted for Israel were only a shadow of the great sacrifice that God would offer up in the future (Heb. 10:1). We have to take the blood from his final Passover Lamb and smear it on our lives’ doorposts. Only when we’re covered by his blood will we be protected from death. If we deny the Lamb of God and we try to present our own lamb on God’s altar (our own life and works), we’re rejecting the perfect sacrifice of Christ and offering God an inferior sacrifice, which in comparison to Christ, is not only a blemished lamb, but a foul lamb that is dead, putrid, and mangled. He will call it an abomination and roast it in the fires of hell for all eternity.

Another significant lamb is found in the Old Testament’s most comprehensive gospel presentation: Isaiah 53, the suffering servant.

Surely he has borne our griefs and carried our sorrows; yet we esteemed him stricken, smitten by God, and afflicted. But he was pierced for our transgressions; he was crushed for our iniquities; upon him was the chastisement that brought us peace, and with his wounds we are healed. All we like sheep have gone astray; we have turned—every one—to his own way; and the Lord has laid on him the iniquity of us all. He was oppressed, and he was afflicted, yet he opened not his mouth; like a lamb that is led to the slaughter, and like a sheep that before its shearers is silent, so he opened not his mouth.

When the Jewish leaders arrested him, he didn’t resist. When the disciples had abandoned him, and his people spurned him, he didn’t complain. The entire time, from the arrest to the sham trial to the crucifixion, Jesus was docile like a lamb. Even when the Roman soldiers mocked and flogged him, he didn’t open his mouth. That word ‘slaughter’ is appropriate for what happened to Jesus. The soldiers essentially skinned him with whips. They mutilated the pristine Lamb of God so badly that he couldn’t carry his own cross all the way to Golgatha (Matt 27:32; Mark 15:21; Luke 23:26). But even when his body had been disfigured, his inside was as beautiful as ever. They might tear his skin, but they could never tear his soul. That is why when he arrived at the cross, he was the perfect sacrifice. He had been through the worst this world had to offer, and throughout it all, he held onto his complete love for the Father.

The Lord laid upon him the iniquity of us all, and through his suffering on the cross, we are saved. He died so that we could live. What glorious love the savior has for his fallen flock. What precious blood that was shed on Calvary for our sake. Out of the abundance of his glorious grace, Jesus laid down his life to save wretched sinners like you and me. Jesus is the perfect Passover Lamb that died for all the blemished lambs that had wandered astray.

The Scriptures point to Jesus

All of these prophesies, and the festivals were pointing forward to the cross (John 5:39). They were a shadow of the things to come (Col. 2:17; Heb. 10:1). The great mystery that had been shrouded for ages, the sight that kings and prophets longed to see, the promised Messiah that the people were desperate for, everything, God has revealed to us who now live after the cross. How blessed we are (Luke 10:24; Matt. 13:17; 1 Pet. 1:10–12). It is the centerpiece of history that everything had been leading up to, and everything since looks back at, which God has carefully written it down for all of his people to admire and glorify. We can see the final Passover Lamb that the Father sacrificed on Golgotha every time we open our Bible. The shadows are gone, and now there is only light. We don’t have to fumble around in the dark in our search for God. No. He is always here waiting for us, surrounded by brilliant light, open to see. Everything is right there in your Bible.

Go and read about the beautiful Passover Lamb that shed his blood for your sins, the definitive Messiah who died to secure your eternal salvation. Find him and worship him who loved you and died for you, he who was delivered up for your trespasses and raised for your justification (Rom. 4:25).

He will reveal to you the path of life. In his presence, there is fullness of joy, and at his right hand, there are pleasures forevermore (Ps. 16:11). 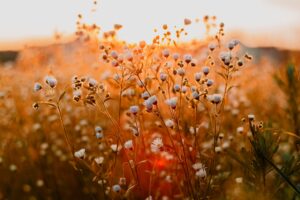 As long as we are wandering around in this fallen world, we will struggle with sin. Everyone will, as the Preacher of Ecclesiastes said: “Surely there is not a righteous man on earth who does good and never sins.” 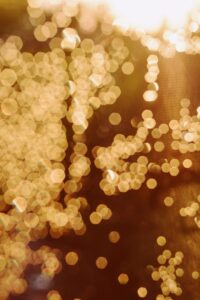 Many Christians only associate the Father with Yahweh and the Old Testament. However, when one realizes that Jesus is Yahweh too, their eternal unity becomes more evident throughout the Bible. Indeed, the divine name itself, Yahweh, can remind us of their intimate relationship, their oneness, one in love and justice, together forever in everything. 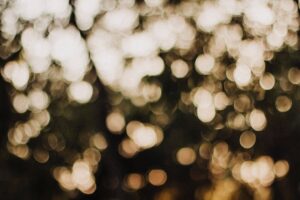 Because God’s name, Yahweh, expresses his eternal, immutable, and perfect nature, it serves as a reminder that God’s promises are sure and trustworthy.