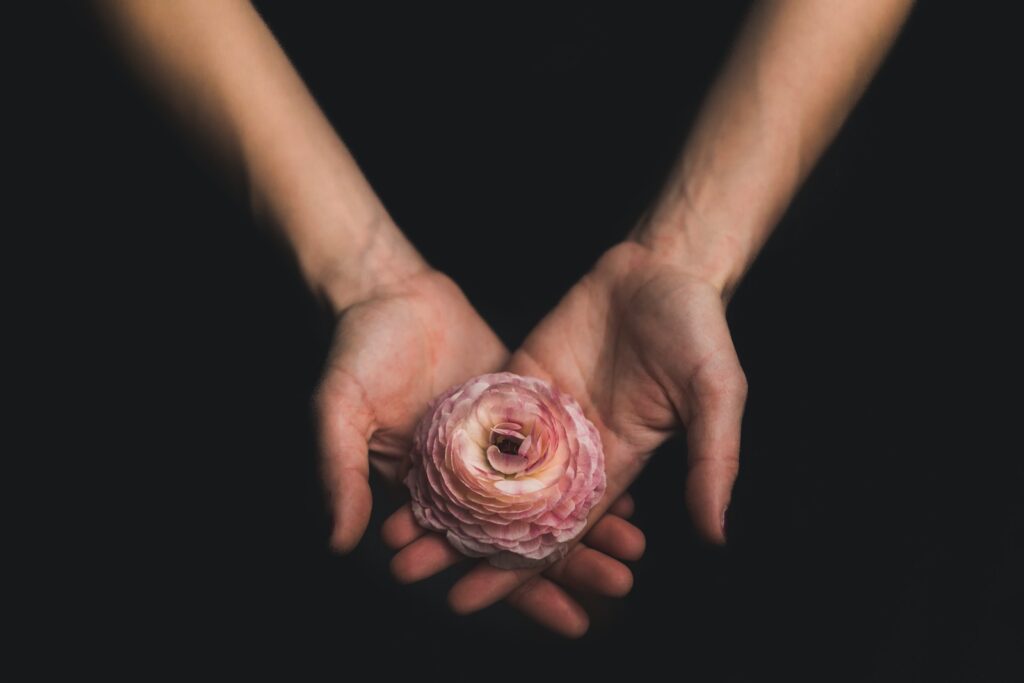 Do you believe that black lives matter, that black people are just as valuable as everyone else? Hopefully, you do. If you’re a young person, you probably do, which is a good thing. Racism is a terrible, disgusting thing that ruins lives and destroys societies. Every person is valuable and deserves to be treated with love.

Perhaps your value isn’t determined by your own physical existence. Maybe you’re valuable because you have friends and family around you who love you. If so, what happens to your value if your loved ones disappear? Let’s say that they were all killed by a pandemic. Are you still valuable?

Speaking of death, you’re going to die one day. After you’re dead, do you still mean anything, or has everything about you been permanently erased from a cold and uncaring universe? Did your life have a purpose, or was it just one pointless cosmic accident?

A History of Evil

As you can see, the idea that life is precious isn’t as self-evident as you might have initially believed. You only recognize that every life is inherently valuable because you grew up in a Culture of Life, which taught you to value everyone, regardless of characteristics like age, race, and gender.

However, throughout history, that belief has been the exception, not the norm. As the value of life isn’t immediately apparent to people, societies have been able to justify the most atrocious acts, especially towards strangers and foreigners, those who were outside of their own tribe. The different tribes viewed each other as inferior barbarians to be conquered, enslaved, or killed. They also treated women as worthless sex slaves and children as property that could be thrown out to the wolves in the forest, if they didn’t want them. Some monsters even went on depraved military campaigns, raping and pillaging their way across the entire continent.

In short, all of humanity has been characterized by evil. Considering the sordid past, it should be obvious that humans are inherently evil, not inherently good. That is why they keep creating Cultures of Death where they justify gruesome practices like slavery, calling it “their right,” because the slaves are “not human.” Would a good being commit such atrocities?

Now ask yourself, if you had been born into an immoral culture like that, what kind of person would you have been? Maybe you would like to think that you are a more civilized person who could never commit such heinous acts. Unfortunately, that attitude is indicative of a massive amount of pride, which is a sin. You’re basically saying that: Irrespective of the cultural norm where you grow up, regardless of the amount of peer pressure leveled against you, and despite the abundance of benefits you would receive from conforming, you would resist evil — all on your own! Nobody else could, except for you! Because you’re special! If only you had been born thousands of years ago, you could have educated everyone in the prehistoric world about the value of life. Perhaps slavery would have been abolished sooner.

Honestly, do you really believe that you are that much better than everyone else? Obviously, you’re not. The same seed of evil is lurking within your heart, just like it lurked within the heart of the slave owners. It is lurking within everyone’s hearts, as the Bible says, “the intention of man’s heart is evil from his youth” (Gen. 8:21).

The first time you committed any of these sins as a child, you remember it feeling wrong, don’t you? But now that feeling is weaker and more distant. That is because your conscience is being dulled, or as the Bible puts it, being seared/cauterized, like spiritual scar tissue (1 Tim. 4:2). God gave you that conscience so that you would know the Law of God and discern what is right and wrong, yet you continue to suppress and violate it — which is what sin is. To sin means to break God’s Law.

Initially, God restrains people’s evil hearts and minds; however, as they keep rebelling and sinning against him, he gradually lets them go, giving them over to their own depravity (Rom. 1:24, 26, 28). Put another way, as a man keeps on sinning, he is corrupting and desensitizing himself. Eventually, his conscience can become so insensitive that he is practically incapable of discerning between right and wrong, which is why people stop recognizing the value of life. This kind of desensitization happens on an individual level, and it happens on a societal level.

Fortunately, God is graceful. Despite our sins and transgressions, God has come to save this fallen world. However, he cannot simply snap his divine fingers and create Heaven on earth for criminals. Since God is also a holy and just God, he cares about right and wrong. When a criminal goes free, people get outraged. They won’t tolerate it. So, naturally, God won’t tolerate it either. If God simply ignored crimes, that would make people more righteous than God.

Our good deeds won’t save us either. Imagine a man who is arrested for murder and is obviously guilty. He shot his own father in the head because he was getting old and senile with Alzheimer’s, and therefore he “wasn’t contributing or worth much anymore.” On the day of his trial, the man asks to go free because he is a “good person” (he has supported charities, helped the homeless, and so on). Could the righteous judge let him go? Obviously not! The man is a murderer! No amount of charity can undo his heinous crime. Likewise, we cannot earn our way into Heaven with our good deeds, but we have earned our way into Hell with our sins and lawlessness.

Fortunately, because God is “rich in mercy” (Eph. 2:4), he sent his Son to suffer and die on the cross on behalf of guilty sinners. They had broken God’s Law, but Jesus took their death sentence on the cross, as the Bible says:

This is good, and it is pleasing in the sight of God our Savior, who desires all people to be saved and to come to the knowledge of the truth. For there is one God, and there is one mediator between God and men, the man Christ Jesus, who gave himself as a ransom for all, which is the testimony given at the proper time.

In short, Jesus paid their fine, which satisfied the Law of God. Afterward, he was buried for three days, then he rose up from the dead and was seen by hundreds of eyewitnesses.

The Message and Meaning of Life

That is the Gospel, the Good News that builds civilizations and creates Cultures of Life. First, it is the message of forgiveness. When a man learns just how much God has forgiven him, he recognizes that he also has to forgive others, regardless of how great their offense is. In Christianity, forgiveness is obligatory, not optional (Matt. 6:14–15). And not only that, Jesus commands him to love and pray for everyone, absolutely everyone, even the people who persecute him, regardless of how much they hurt him (Matt. 5:44).

Second, it is the message of love that abolishes racism, sexism, and indeed, every form of bigotry. As the previous Bible verse highlighted, both God the Father and God the Son love the world and all the different people in it. The Father “desires all people to be saved,” while the Son “gave himself as a ransom for all.” Hence God doesn’t discriminate based on age, race, or gender. No, God is love, so he unites everyone by leading everyone to the Kingdom of Heaven, where all the people are one regardless of background (Gal. 3:28).

Third, it is the message that answers the timeless question: “What is the Meaning of Life?” Do you remember all the difficult scenarios and questions I posed at the beginning of this article? The answer to all of them is: No, your value would never change like that, regardless of what happens, because your value isn’t determined by yourself or society. Rather, your value is determined by God, who has made every person in his own image and for a purpose, which means that every life is inherently valuable and meaningful (Gen. 1:26; Prov. 16:4). Without God, it is impossible to find true meaning, as the book of Ecclesiastes says (a philosophy book in the Bible which you should read):

I have seen everything that is done under the sun, and behold, all is vanity and a striving after wind.

With God, you are a part of something greater than yourself, the Kingdom of Heaven, the movement that proclaims the message of forgiveness and love to the world, which will have a lasting effect — an eternal effect! Discover your life purpose! Repent of your sins, then trust in the Lord Jesus and his perfect work on the cross. Once you do that, God will forgive every sin that you’ve ever committed and give you the gift of eternal life along with a new heart, which will renew your conscience.

Now, get to know the Father, the Son, and the Holy Spirit by reading the Bible and praying. Next, find and join a Christian congregation near you, where you can get to know everyone in the Kingdom of Heaven, the spiritual kingdom which is not of this world. 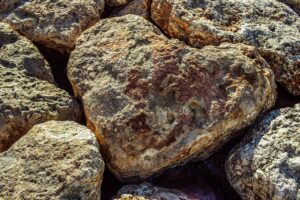 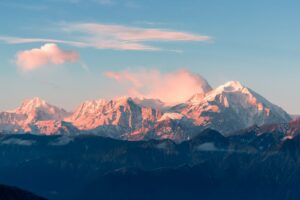 Where did you get your phone from? I found mine when I was out camping in the mountain earlier this year. It was early dawn. The sun had just risen over the hillside when I got out of my tent to do my morning routine. 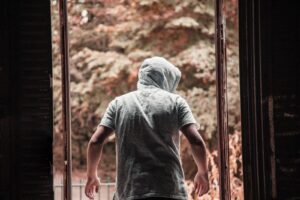